Tom Coronel will be embarking on his 32nd season in motor racing. Suitably, he will be racing with starting number 32, once again at the highest level in touring car racing. Coronel will be driving the brand-new Audi RS 3 LMS, run by Belgian team Comtoyou Racing, under the Comtoyou DHL Team Audi Sport banner, in the FIA WTCR – World Touring Car Cup.

“I sometimes say that WTCR really stands for ‘World of Tom Coronel Racing’, so this is where I belong! I am delighted that it has all worked out again for this season thanks to the support of numerous valuable partners, DHL first and foremost,” Coronel says.

In the past two years, Tom Coronel already worked together with Jean-Michel Baert’s outfit Comtoyou Racing. This cooperation will be continued this season. Coronel explains: “I am feeling very comfortable, both within the team and in the FIA WTCR – World Touring Car Cup. After all, I am the driver with the highest number of races in this series, the European Touring Car Championship since 2001, the World Touring Car Championship since 2005 and WTCR since 2018.

Last year, things were going particularly well: I have shown that I am still able to compete for podium results and race wins at this level, like at Slovakia Ring. Halfway through the season, I was in second place of the drivers’ standings. Of course, that is something I want to build on this season!” 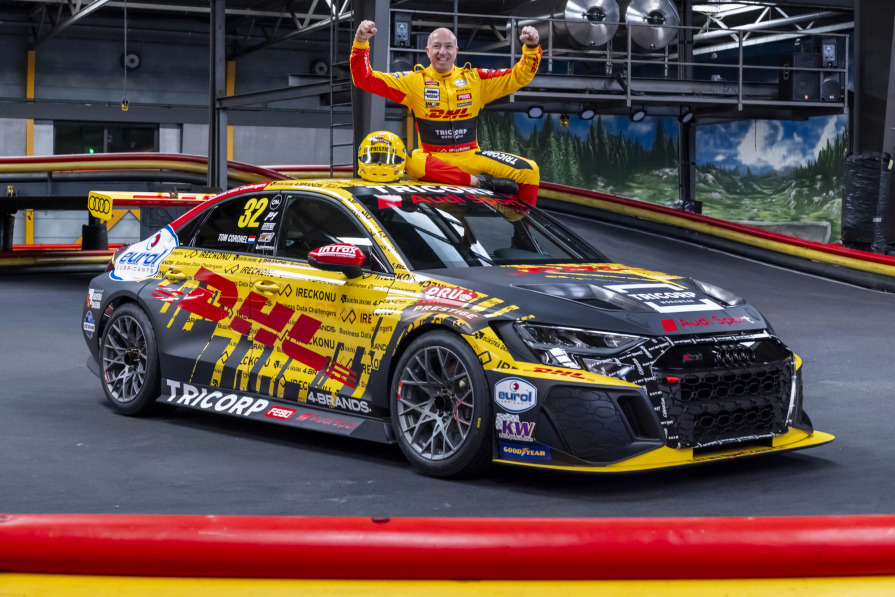 This year, Coronel is part of the elite circle of only four drivers who will already be racing the new Audi RS 3 LMS in FIA WTCR. “The Audi is one of the most successful touring cars in the TCR category with almost 280 race wins from 1,051 participations worldwide in the past four years. Now, the car has been improved in many aspects, both concerning on-track handling and opportunities for adjustment by the team’s technicians,” Tom Coronel points out. “In fact, the car is so new that we will be racing with a special camouflage livery during the first two events of the season because the car isn’t even commercially available at that time.”

On behalf of Comtoyou Racing, François Verbist is in charge of the operational side of the race programme. He is looking forward to continuing the cooperation with his Dutch protégé: “I am super happy that Tom is with us for this exciting new project together with Audi Sport. As a team, this will be our fourth year in FIA WTCR and our third year with Tom. Because of the new car, 2021 will be a special season. We can also benefit from Tom’s vast experience in touring car racing to finish the development of this beautiful car. I was already happy with the performance in 2020 and the goal is to be even stronger this year. For Comtoyou DHL Team Audi Sport, the aim is the WTCR title in 2021!”

For the seventh consecutive year already, DHL is the main partner in Tom Coronel’s touring car activities. “Tom is a joy to work with,” as DHL’s CEO John Pearson points out. “He always goes the extra mile and he also over-delivers on our one-off requests. This could be our lucky seventh year. I am proud of our cooperation with Tom and I wish him a lot of success for the upcoming season!”

Tom is a joy to work with.

At Audi, Tom Coronel’s efforts, both on and off track, are appreciated, too. Chris Reinke, head of Audi Sport customer racing, says: “Tom Coronel is one of the most profiled touring car drivers of our time. He has competed in more than 500 touring car races in his career so far. Since last year, he has been relying on the Audi RS 3 LMS and we are proud that he chose Audi again this year. Tom is an extremely fair sportsman and a great motorsport ambassador far beyond his Dutch homeland. He is a character and is respected by all competitors. We look forward to continuing to work together in the 2021 season." 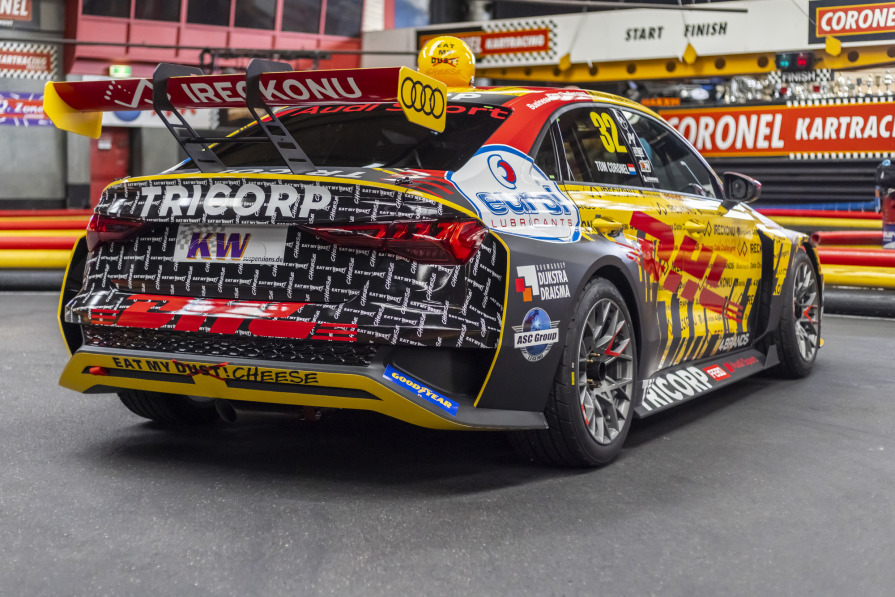